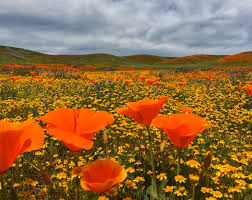 The last bits of snow are melting, the days are getting longer and the birds are singing louder. Spring is right around the corner, and Orange County is a great place to celebrate the season. There are the warm waters at Newport Beach, the parks of Irvine and arts and entertainment in Costa Mesa. The following are ideas for where to take the family in spring:

From sun-seekers to the seasoned surfer, Newport Beach has options for everyone.

This year marks the 19th annual Newport Beach Film Festival. The 10-day festival takes place in April, and it includes more than 300 short and feature length films. The festival features a Family Film Series, which has programs geared toward toddlers and tweens. The series includes animated films and student films, and there is live entertainment and autograph sessions.

Kids will enjoy cheering on their favorite team at the annual Newport to Ensenada International Yacht Race. The race is commonly referred to as ?N2E,? and it takes place April 27-29. More than 200 sailboats participate in the 125-mile overnight race that launches off Balboa Pier and ends in Ensenada, Baja California.

N2E kicks off with the Balboa Village Fest. The festival takes place in Fun Zone, which has a Ferris wheel and an arcade among other attractions. It includes the Taste of Balboa, where visitors can try signature dishes from area restaurants and live music performances.

Children can learn how to tie knots and play with chalk through activities provided by ExplorOcean. The festival is free to attend, and food tickets are available for $1.

The park at Crystal Cove is an ideal spot for long walks on the beach. It includes three miles of coastline and about 2,400 acres of protected land. Take the kids to the tide pools, which are teeming with starfish, anemones and other sea life. Afterward, check out the shops in the seaside cottages.

This city is one of the newest and safest in Orange County. Its home to a growing business community as well as the University of California, Irvine campus. The suburban layout includes several large parks with fields for outdoor sports.

March marks the beginning of the Tanaka Farms Strawberry Tours. The tour starts with a lesson on their farming methods and a history of the farm. Visitors can taste fruits and vegetables of the season, and learn how they grow. The tour ends with a stop at the strawberry patch, where visitors can pick and eat their own. Leave some space in the fridge, as people can bring home up to one pound of strawberries.

Children can learn more about other cultures at the Irvine Korean Festival. The festival takes place in May, and it is free to attend. It includes traditional Korean cuisine, art and musical performances. Kids can make their own crafts and learn from participating exhibitors.

Originally a series of farms and apple orchards, Costa Mesa served as the site of the Santa Ana Army Air Base during the 1940?s. Today the area is known for its several shopping destinations, as well as its performing arts center.

Kids will have a ball at the annual Pet Expo. This event is the largest pet and pet product expo in the world, featuring more than 1,000 animals. Visitors can touch and hold lizards, snakes and tarantulas at the Reptile Show. See how high and how far dogs can jump at Splash Dogs. Or cheer on rescued sea lions as they shoot hoops and balance balls at Sea Lion Splash. Tickets are $15 for general admission, and $10 for children 10 and under.

This April, the Orange County Fair and Event center is hosting Imaginology. Kids and parents can come together at this event and learn more through science, technology, engineering, art and math programs. This year?s competitions include a steampunk hat contest, 3-D printing and wood and metal arts. The event takes place over three days, and it is free to attend.

Fairview Park covers more than 200 acres, and it includes several trails for walking or biking. The park is full of local wildlife, such as the Burrowing Owl and White-Tailed Kite raptor. It also has Vernal Pools, which are wet in the winter and dry in the summer. The pools support several plant and animal species that are rare or endangered. They are especially pretty in the dry times of spring, as wildflowers are in full bloom.

To provide clients with the best service possible, a real estate agent must have integrity, in-depth community and market knowledge, marketing savvy, effective negotiation skills and a high-quality professional network. We are here for you.